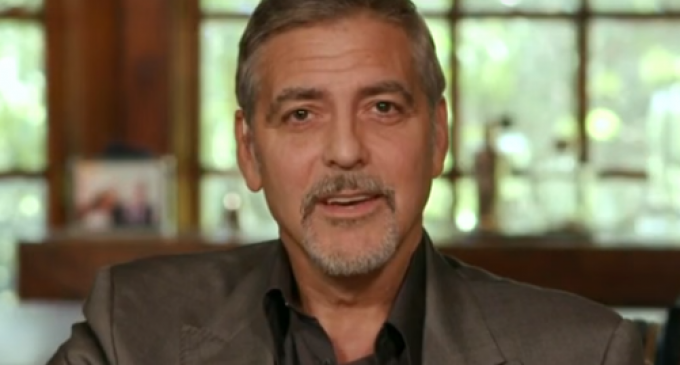 Hillary Clinton isn't worth the amount of money people are giving her, and even her biggest donors seem to agree.

George Clooney was in the news this week for an obscenely expensive fundraiser he hosted for the Democrat frontrunner, and he's being refreshingly honest about how much money his liberal pals are willing to spend — a lot, by the way.

All of the money in the world isn't likely to save Hillary's tanking poll numbers — or stop the raise of Bernie Sanders — but that hasn't stopped the Hollywood elite from opening their check books and throwing their cash hoard the sinking Clinton ship.

When questioned about the celebrity cash brought it by his event, Clooney himself admitted it was “obscene.”

To see how much Clooney brought in for the fast-falling Democrat frontrunner, continue reading on the next page: