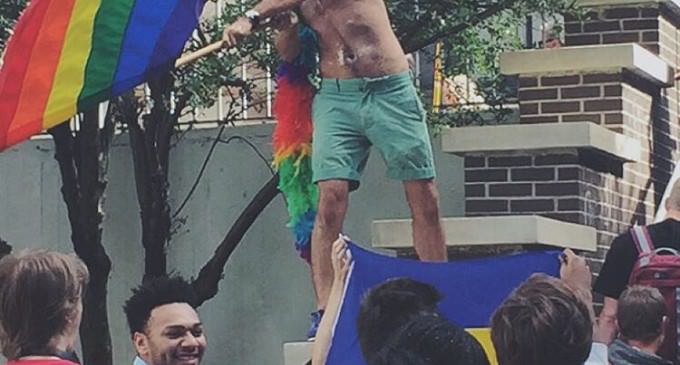 The radical LGBT group, Human Rights Campaign, is hate-filled bully.  Nothing but their selfish agenda matters, as all must think like them and accept them while any other belief is bigotry in their eyes.

After a coast to coast win for LGBT rights in the Supreme Court case of Obergefell v. Hodges decision that mandated homosexual marriage for all 50 States, this hardcore activist group now wants to target Christian Universities and Colleges.

In 1972, Title IX amendments prohibited sexual discrimination in hiring, housing, and employment at schools receiving federal funds, while allowing religious schools to opt out of these requirements.

Certainly this right is protected under the First Amendment, so as to not impede the free exercise of religion on Christian campuses, yet the LGBT agenda will stop at nothing to force all who hold a different viewpoint, based on their religious beliefs, to submit.

Read how Christian campuses must fight this well funded and angry bully in order to uphold their religious freedoms as protected under the First.