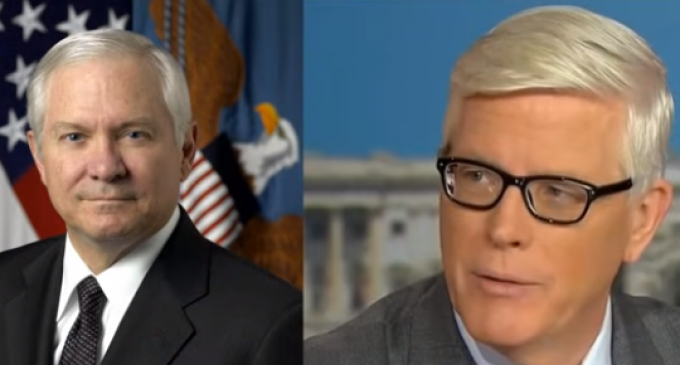 Democrats have long pooh-poohed security concerns over Hillary Clinton's emails, but according to a former administration official, such concerns are totally warranted.

As Secretary of Defense, Robert Gates not only interacted a lot with then Secretary of State Clinton but was also familiar with security procedures and protocols for the transfer of classified information, and the picture he paints of his former colleague's handling of her emails is very different from the rose one her apologists present.

During an interview with Hugh Hewitt, Gates said the odds were “pretty high” that Clinton's emails were intercepted and read by hostile powers like Iran, Russia and China. He pointed to the fact that the Pentagon is attacked as many as “100,000 times a day” as support for his assessment of the situation.

With it established beyond a doubt that Hillary, despite repeated denials from liberals, received classified emails on her personal server, the responsibility for any potential security breaches lies with her. That she would even consider engaging in an email activity that could give sensitive information to the Chinese, Russians and Iranians shows she is not fit to be commander-in-chief.