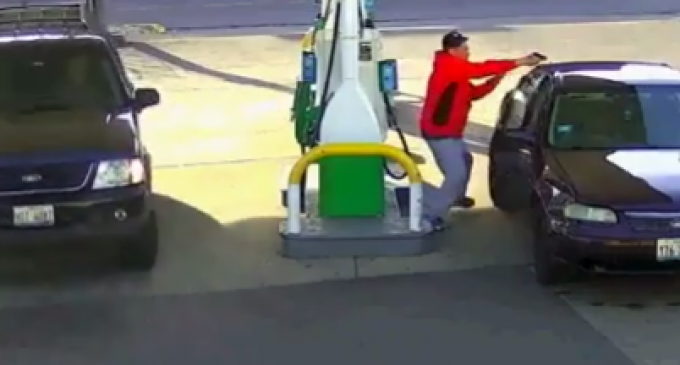 When Chicago resident Ronald Morales was visiting his neighborhood Elmwood Park BP station on April 8th, he couldn't have known that this day would be his last.  Morales was the victim of his own bad judgment and with the already rising tide of gun violence that has escalated in the first few months of 2017, chances are that he won't be the only person that loses his life unnecessarily for decisions gone wrong.

Living in the Windy City affords a young man the life expectancy of about 20 years, the same as Philadelphia, with New York pulling ahead slightly with 25 years, with Los Angeles pulling up the rear at 17 years.  That is a tragedy in and of itself, but then throw into the mix the drugs, abusive households and then just the random violence that happens to catch someone in the crossfire.  It's a mess and gang violence isn't the only issue.  There's the gang mentality as well.  Many of these young men aren't even part of any gang, but are “posers” attempting to show their tough side, often laying them in an early grave.  Anything from not giving in to the demands of a gang member to showing the wrong hand signal can lead to instantaneous gang justice.

As for Chicago, the tragedy here is that the Leftists in charge of that city (and hundreds of other impoverished inner cities overrun with violence) is that they do not appear to have any idea what they are doing or how to curb the violence.  They are ill-equipped to deal with the violence because from their point of view, it doesn't exist.  If you're arguing that they do care, that they are sensitive to the needs of the community, then answer me a quick question.  If they do care, why do they do everything in their power to ignore the problem until (in the words of Matt Hooper) “that particular problem swims up and bites you in the ass!”

Ronald Morales was part of the violence that exists in Chicago partially due to his being born to it, partially because he made certain choices to be part of that life.  Whatever the reasons, on April 8th, when he made eye contact with another man in the BP gas station, his life was about to alter in a most unpleasant way.