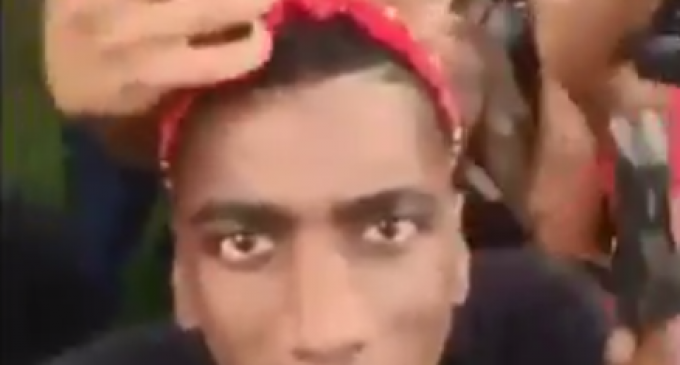 We live in a standardless disturbed society. Music and artistic self-expression used to actually be about creating something of value or fighting back against The Man. Think back to CCR and countless other bands using music as a platform to protest the Vietnam War or corruption.

The track titled “F*ck Trump Anthem” is definitely not anything like that. One of the lyrics in the rap literally talks about filling President Trump’s big head with hollow point bullets. Another line from the rap includes a vow or a threat to bash President Trump’s head in with a shovel if he should ever visit Baltimore. This rap, this song glorifying the murder of the President of the U.S. is hailed by Billboard.com as a revolutionary welcomed “viral protest song” because it ENCOURAGED a “barrage of verbal blows on Trump.”

This video has undoubtedly inspired hundreds of gangsters and other troubled youth to start advocating the murder of President Trump. Each video more disturbing and violent than the last. Each video excitedly detailing how they’d kill the president and become heroes.  American brainwashing has almost crossed the point of no return. Take a look at this video of young gangsters on the next page waving guns around and threatening to go shoot-up the president for making them have to work to receive food stamps. What do you think? Will our society ever come back this level of delusional entitlement? Video available on the next page