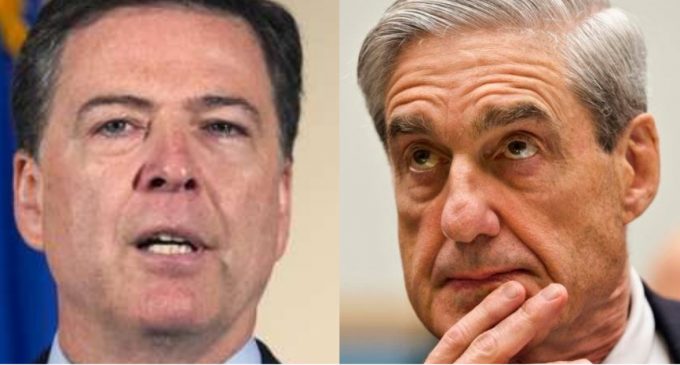 Seamus Bruner is a Government Accountability Institute (GAI) researcher and author of the book Compromised: How Money and Politics Drive FBI Corruption.  In an interview on Monday’s edition of SiriusXM’s Breitbart News Tonight, he explained how former FBI Directors James Comey and Robert Mueller leveraged their government contacts to enrich their wallets – and quite handsomely.

When disgraced former FBI Director James Comey worked for Lockheed Martin his buddy, Robert Mueller, started tossing huge contracts his way. Comey made at least $10 million dollars at Lockheed Martin, including six million in one year alone. What kind of special skill does Comey possess that would make him able to command such a large salary? Well, it doesn’t take a genius to figure out that talent can certainly be much less valuable than having friends in the right places. Just how many contracts did Comey pull in for Lockheed Martin thanks to Mueller?