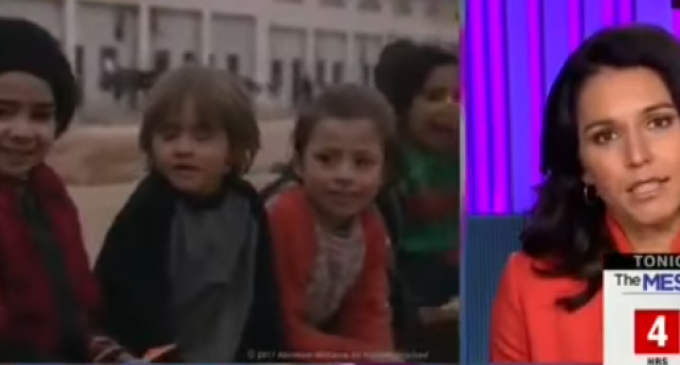 Donald Trump may have taken over the commander-in-chief role from Barack Obama, but the United States' role in Syria still remains unclear for the foreseeable future.

Trump has stated many times that he hopes to fight alongside Russia in the Syrian war. While the two nations have vastly different approaches to the conflict, Trump has maintained that both the United States and Russia have a common enemy in ISIS.

But who is the real enemy there. Many in Syria believe that the United States is attacking them by arming ISIS, as Rep. Gabbard revealed after her trip to Syria, where she secretly met with President Assad.

Read why she thinks the United States must leave Syria on the next page: