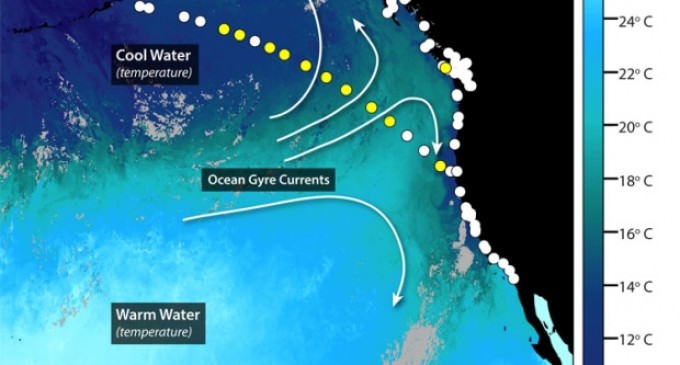 Japan’s Fukushima nuclear power plant has been depositing radiation off the United States western shores since the summer of 2015. Four years after it’s disastrous meltdown, the power plant continues to leak radioactive isotopes.

An earthquake in March of 2011 triggered a powerful tsunami that washed over the power plant. This lead to a nuclear meltdown and a panicked evacuation of residents to neighboring cities. Not since Chernobyl in 1986 has there been a meltdown of such magnitude.

Cesium-134 has previously been detected offshore from Vancover Island in Canada. It was reported to be trace amounts and at the time no alarm was raised about the presence of the radioisotopes.

Now, more radiation from the Fukushima disaster is being deposited in increasing amounts off of our shores.