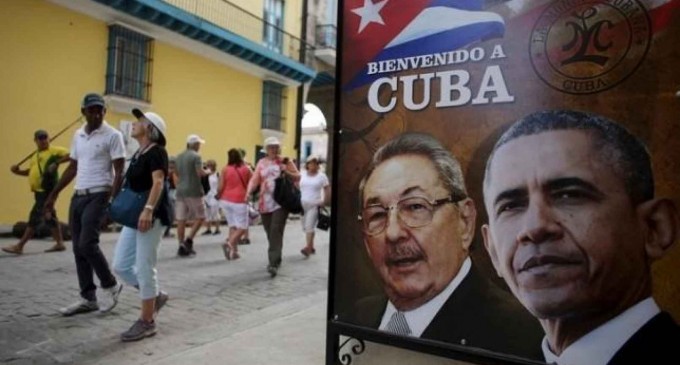 As President Obama's second term in office slowly comes to an end, there seems to be a gathering pile of evidence revealing just how much he hates America. The proof is in how much he's tried to make the country vulnerable over the past eight years. While most of you are probably thinking “gun control” it's actually a lot worse than that. This past April, some of the United States Southern Command's top officers gave a tour of some vital facilities to members of Cuba's top Military and Intelligence officials.

That's like inviting top members of ISIS over to the White House for dinner and then giving them a tour of the Pentagon.

The stupidity doesn't stop there. The U.S. defense facilities that Obama invited them to inspect serve as the defense department's command center on the war on drugs. He invited members of a corrupt government, who for all we know, are responsible for drug smuggling drugs into the country, to inspect the facilities we built to stop them.

It gets better. Read more on the next page.