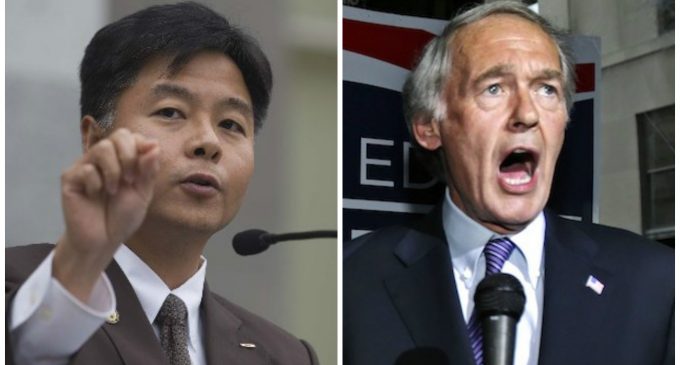 The Democrats are so deranged by their hatred of Donald Trump that they are willing to jeopardize the safety of the country rather than give him the tools he needs to protect it.

When Barack Obama was in the White House, progressives were all too happy to give him the benefit of the doubt and let him do whatever he wanted to. Anyone who expressed doubt about the efficacy of his methods was called unpatriotic and racist, insinuating that the only reason anyone could question his judgment was bigotry. Yet just a week after the Oval Office has shifted occupants, liberals have already shifted their views on executive power.

Instead of deferring to the wisdom of the president, Democrats hysterically insist that not only should we not defer to his wisdom but also that he isn't wise at all, clamoring instead to circumscribe his powers.