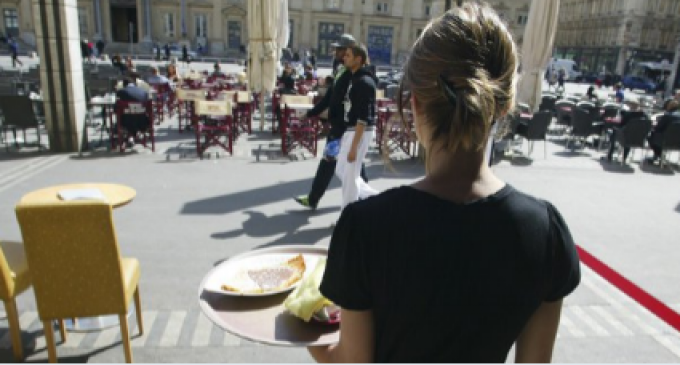 “If I was God, I would have hung you,” threatened a Muslim man at the Vitis Café on Nice’s rue Lamartine, near the rue d’Anglais.  His threat was aimed at the 30-year-old French waitress as she was serving drinks on the terrace, during his holy holiday of Ramadan.  He told her, “You should be ashamed of yourself serving alcohol in the Ramadan period.”

She responded to their hate, unfazed, retorting, “You're not God to judge me!”

This religion of peace would force all non-Muslims to follow their law, aka Sharia.  This young woman chose to stand on her principles and respond to their intolerance, resulting in a physical attack.

The two men left the cafe after calling her a “dirty whore”, but abruptly came back, with one of them charging at her, viciously slapping her in the face and knocking her to the ground.  The entire incident was caught on the CCTV footage.

The bar's owner, Nacim, gave the footage to the police.  The rest of the story can be read on the next page.