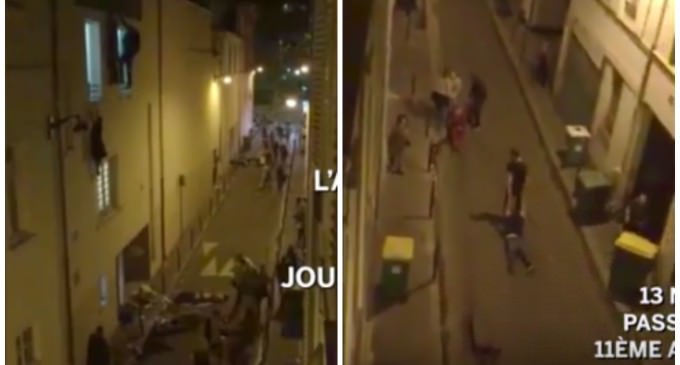 Recent events in France have had a tremor affect that's rippled across most of the civilized world. While the media is still trying to “determine” where these terrorists came from and what their motivations were, reports are coming in from Greece that at least one of the shooters was a migrant from Syria that came in six weeks ago, making it safe to assume that the rest of the rest of them are from Syria as well, and no doubt have ties to ISIS.

With the exception of what's been shown on the news, there hasn't been a whole lot of footage depicting what actually happened on that tragic Friday night that left 129 people dead and 352 wounded, until now. In a cell phone video released by a French journalist, you can actually see people running out the back door of the concert hall. You can check out the video on the next page, but be prepared, it does contain graphic content.