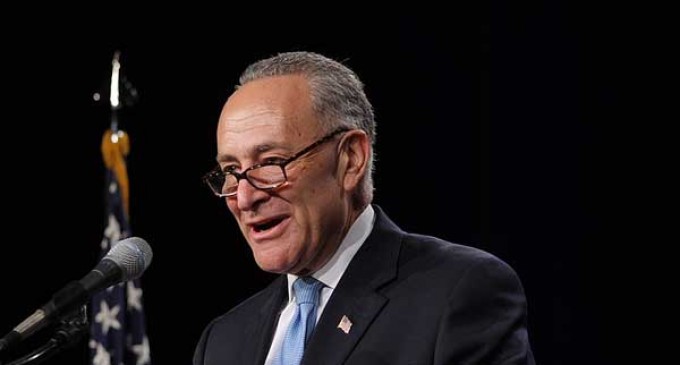 Should American journalists require a state license to do their jobs, a permit that gives them access to the freedom of the press enshrined in the First Amendment to the Constitution?

Senior US Senator Chuck Schumer (D-NY) seems to think so! He advocates a “media shield law” designed to “protect” journalists from court subpoenas and other actions that might compromise their sources. As Ben Swann points out in the video below, though, that puts the government in a position to control who is a government-accredited journalist – and who is not. Very, very dangerous.

Check out the video at the bottom, but first, a little sound bite on the topic from Neil Boortz:

“Chuck Schumer wants the government to, in effect, accredit or license journalists. Chuckie says the licensed journalist or the accredited journalist would get exemption from subpoenas and other legal requirements that may expose their confidential sources.”

“Do you want the government deciding which journalists are covered by this law and which are not?”