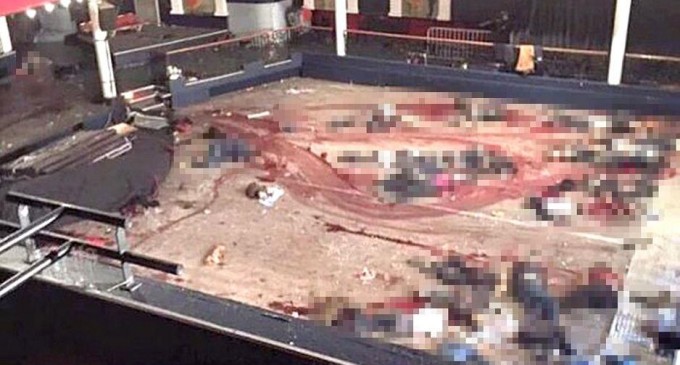 Diabolical torture occurred in the Bataclan Theater last November, as information about the terrorist attack in Paris has been made public.  Many suggest that the French government covered up the torture the the victims endured by the IS terror attack.

There is a claim that information was “deliberately suppressed” to keep the outrage of the attacks down.  Then there are the prosecutors who claim the reports about torture are just “rumour” because shrapnel could have been the cause of injury and no knives were found.

There were sixty to one-hundred concert goers taken hostage and 89 died that night.  A government committee listened to testimony that described the terrorists gouging out eyes, castrating victims, and other bestial atrocities.

The nature of the mutilations is something of horror movies and radical Islamic terrorism.  Around the world, men, women and children who don't fall in line with their radicalized ideology have undergone disembowelment, loss of ears and noses, genital mutilation, and crucifixion, yet the world turns a deaf ear to these stories.  Perhaps now that it hits closer home, more attention will result in greater resolve to stop these monsters at all cost.

Read the full story on the next page.