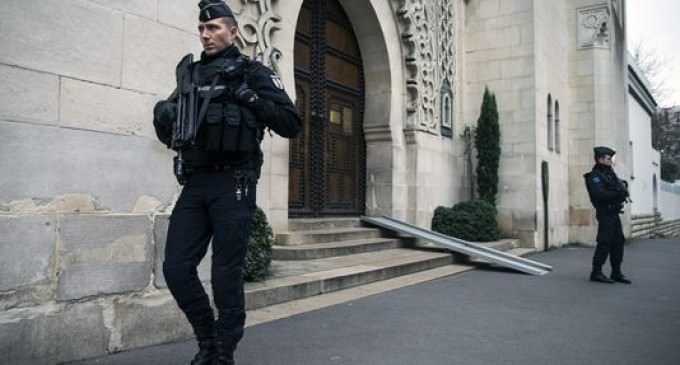 With the French government declaring they will shutter radical mosques, it must be remembered that jihad has reared it’s ugly head in other western nations as well.

From The New American:

The Daily Telegraph reports today about 18-year-old Australian convert to Islam Alo-Bridget Namoa, who is allegedly now a supporter of Da’esh (ISIS), prays five times daily to Allah, and has said referring to herself and her Muslim husband, “I want to do an Islamic Bonnie and Clyde on the kaffir” (non-Muslim). The Daily Mail told the story yesterday of 33-year-old U.S. Army deserter and Muslim convert Daniel Seth Franey of Montesano, Washington, “who called Osama bin Laden ‘a beautiful man,’ made pro-Islamic State statements and called for the death of American troops,” the paper related. Then there was convert “John T. Booker Jr., 21, an American citizen also known as Mohammed Abdullah Hassan, …who vowed to ‘bring the Islamic State straight to your doorstep’ [and] pleaded guilty Wednesday to attempting to detonate a car bomb at Fort Riley military base in Kansas,” wrote CNN Feb. 4. And just two days before that, the Associated Press reported that North Carolina convert Justin Nojan Sullivan, 19, had “killed his neighbor and stole the man’s money so he could buy an assault rifle to carry out an Islamic State-inspired shooting at a concert or club”; Sullivan believed he could murder 1,000 people in his attack. Critics have dubbed these happenings “Sudden Jihad Syndrome,” and nary a week goes by — and maybe not even a day — without an instance of one occurring.

The world has watched France respond to the 9/13 Paris attacks and many are cheering the French efforts as long overdue.

See the next page for details on France’s response to jihad.