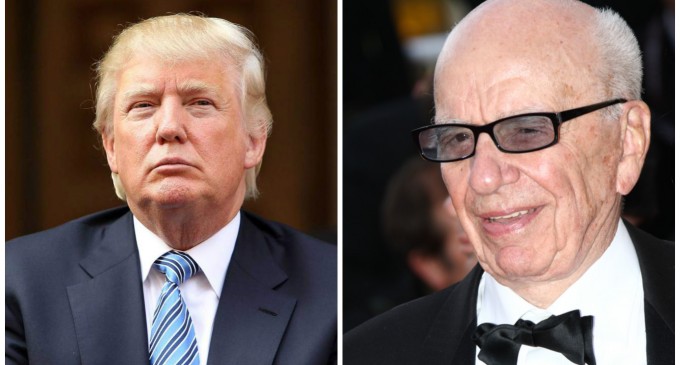 In the aftermath of Donald Trump's first dust up with Megyn Kelly, Trump instituted a self-imposed boycott of Fox News in which he adamantly refused to appear on any of the network's programming, regardless of Kelly's involvement on the shows. While the boycott didn't last long — save for the still ongoing feud with Megyn Kelly — it climbed the latter all the way to Fox's top executives, as they and Trump tried to negotiate a truce that eventually brought him back to the network.

Well it appears as if that first battle may have been just a small sample of the outright war Trump may be about to unleash on Fox News after they refused to dump Megyn Kelly from Thursday night's moderation panel.

While the focus of his anger so far remains squarely on the debate itself, supporters following this week's events are beginning to turn a inquisitive eye toward Fox News' supposed bias against Trump, and the values he represents.

Breitbart has published what may be the first of many conservative-led attacks on Fox News. See who they think is pulling the strings over at Fox News, and the secret agenda he's peddling on the next page: