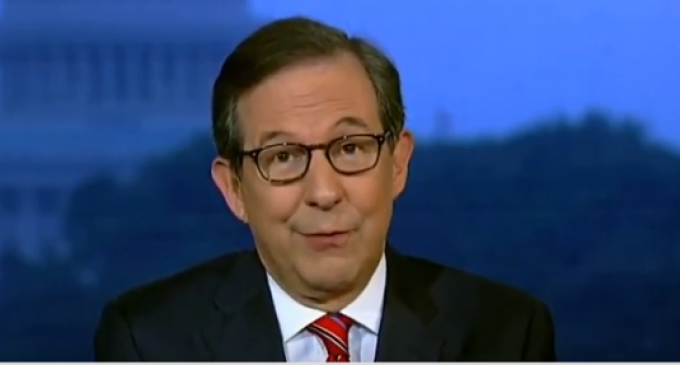 Friday on Fox News Channel’s “America’s Newsroom,” anchor Chris Wallace said with a denunciatory tone that Attorney General Bill Barr was “clearly is protecting this President and advocating his point of view.”

“What really comes across to me most of all is that for two years, Donald Trump sat there and said I don’t have an attorney general. I don’t have somebody out there looking for and protecting my interests. He clearly has that now with Bill Barr,” Wallace said. “Not saying that Barr isn't right in everything he says, but he clearly is protecting this president and advocating his point of view on a lot of these issues.”

On one hand, Wallace admits that Barr is correct in everything he says, but on the other Wallace uses a tone that insinuates Barr is not doing his job so much as looking to ‘protect' President Trump.

Protecting President Trump, and every other law abiding citizen is the AG's job. The United States attorney general is the chief law enforcement officer of the federal government and the head of the Department of Justice. Laws are there to protect good citizens.

The DOJ’s mission is to “enforce the law” and “defend the interests” of the country, protect it from “foreign and domestic” threats, seek “just punishment” for wrongdoers, and to “ensure fair and impartial administration of justice for all Americans.”

It would be one thing if President Trump were guilty, but after the Russia collusion narrative was exposed as a hoax, we see that Trump is innocent. So, of course Barr is ‘protecting' Trump, along with every other American who didn't perpetuate the hoax, as a corollary to his job of enforcing the law.