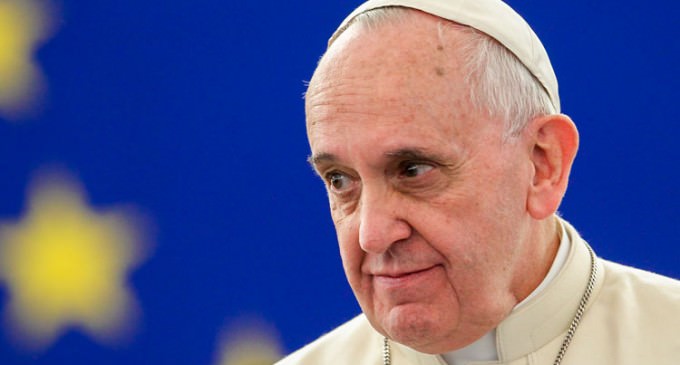 Who would have thought after Pope Benedict XVI resigned amid multiple scandals in the Catholic Church, that his predecessor would prove just as controversial?

Once Pope Francis took over papal duties, he immediately began uprooting foundational beliefs of the Catholic Church. His controversial stances on contraception, gay relationships, and false gods prompted many to question more than his qualifications for the job. They began wondering if he was even a particularly good Catholic.

After three years of Francis' reign, it seems that those very fundamental Christians have had enough with the Pope's liberal interpretation of the Catholic religion. No longer willing to accept the fact that a man who seems less devout than many common disciples as the head of the church, they're demanding he step down.

That demand even headlined a major opinion piece written for Fox News. See why Pope Francis is being asked to resign on the next page: