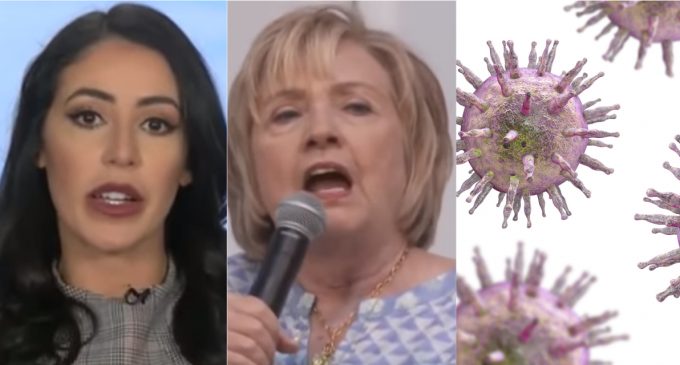 “She won’t go away. She’s like herpes,” said Anna Paulina, Turning Point USA’s director of Spanish engagement. The comment prompted Fox News host Rick Leventhal to quickly end her appearance even though the segment was not over.

Fox News issued the apology without the due process of consulting a medical doctor to see if the comparison was valid.

Herpes, like any virus, is an infectious agent that replicates only inside the living cells of other organisms causing illness. The herpes virus, however, is incurable and the host the virus feeds off of experiences recurrent infection symptoms that can include pain, fever, malaise as well as unsightly blisters and ulcerations on different parts of the body that can lead one to shelter themselves in embarrassment.

Hmmmmmm. Turn the page to watch the comment and judge for yourself if it was accurate or not.