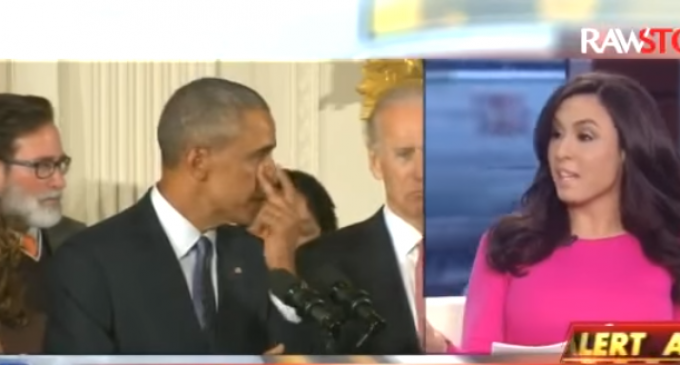 After President Obama's recent address on gun violence and the executive orders he plans on using to close the old “gun show loophole”, many were left wondering if he meant anything he said, or if his words were as fake as his tears. During his speech, he wiped away so many “tears” that it looked like he was having an allergic reaction to something.

As he talked about how “it gets him” whenever he thinks about the kids who lost their lives in Sandy Hook and the various other gun related incidents that have taken place in the United States, liberals all over the country cheered and applauded him.