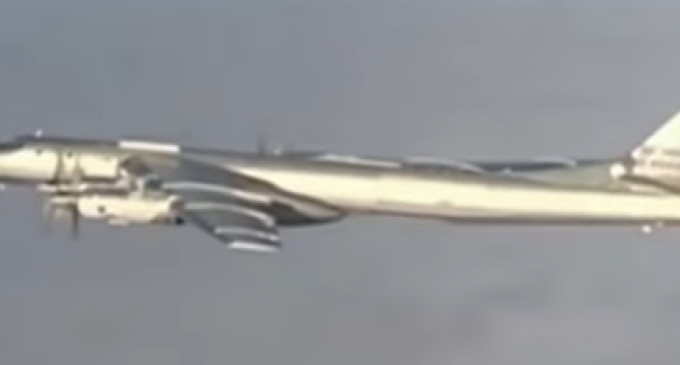 For four days in a row, Russian military planes have been sighted off the coast of Alaska. While the aircraft never entered U.S. airspace, their presence has U.S. defense officials wondering what Russia is trying to achieve.

The most recent sightings involved two IL-38 maritime patrol planes on Wednesday and two Tu-95 nuclear-capable bombers on Thursday. It’s unknown if the Air Force scrambled any jets in response.

Yesterday, the bombers entered the Alaskan Air Defense Identification Zone about 700 nautical miles southwest of Anchorage. This Zone is a designated region of international airspace around the United States and Canada designed to serve as a buffer for aircraft headed toward North America.

Find out what message the Russians intend with the frequent flights and what it might mean for U.S.-Russian relations moving forward. It can be found on the next page.