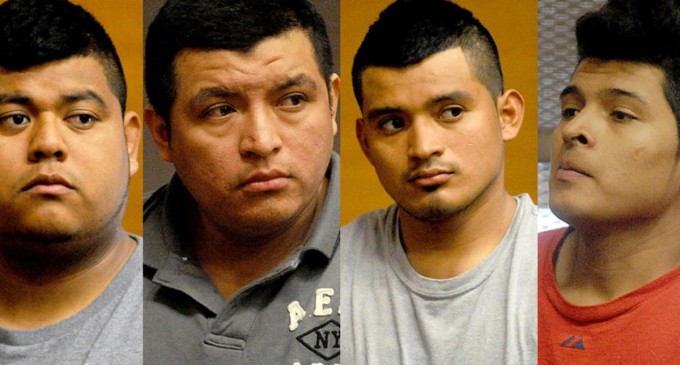 Aside from any critical opinion rejecting the construction of a wall built in order to keep illegal immigrants out, the wall has one thing that will help America more than the defectiveness of the U.S. Customs. That would be keeping track of people who have already been deported once, making sure they do not re-enter; mainly, illegals that have been deported due to criminal activity.

Recently, four Guatemalan brothers, who out of them two had previously been deported back to Guatemala, one under a conviction for drunk driving and disorderly conduct, committed what has left one Framingham couple still shaken and coping with the vicious acts carried out upon them.

One spokesman for the Immigration and Customs Enforcement agency said that they are “closely monitoring the cases and have placed detainees on all four,” according to Boston Herald.