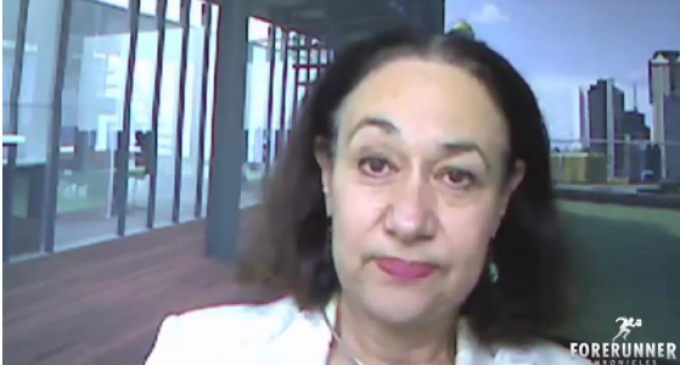 The allegations made by Karen Hudes is quite astounding, so astounding they could be easily dismissed if it were not for her credentials: a lawyer from Yale who was senior adviser within the World Bank for 20 years. She has a track record of successful whistle blowing, as listed in Forbes (link below)

Some of her allegations in this video interview:

– 60% of your tax money goes to Jesuits, which are behind all corruption
– A nuke was suppose to be exploded off of the South Carolina coast but was stopped. This is the reason so many military commanders are being fired, including the one in charge of said nukes.
– Obama's wife is being blackmailed
– The US government finances all their illegal activities with drug money
– Pope Benedict Ratzinger was removed because of child trafficing and financial crimes

Instead of simply dismissing all this, watch these interviews and comment with an informed, open minded opinion. We are witnessing a vast amount of unprecedented and often baffling events in our country an in the world on all fronts. In order to understand ‘the enemy' of the people, it's vital not to dismiss any information, but to take a sober look at everything.