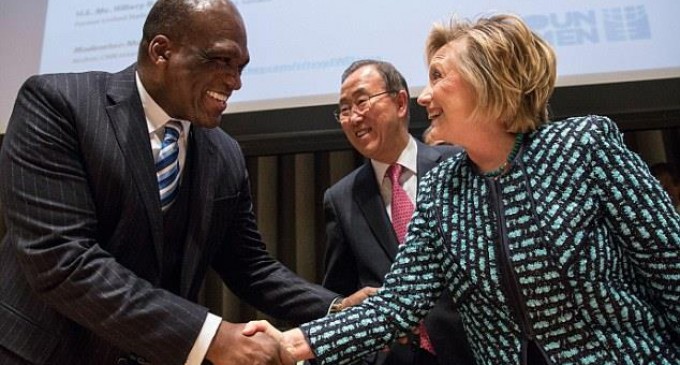 Perhaps there is something to the testimony of Larry Nichols, the Clinton's self-proclaimed hit-man, that Hillary will do anything to be elected the first female President.

With the death of so many Clinton acquaintances and colleagues that have met untimely deaths, the passing of former U.N. President John Ashe, and the claim that he died of a heart attack, raises suspicion, especially since he was slated to testify at a Clinton-linked federal case.

Nichols has for twenty years made written and verbal admissions that the Clinton’s have committed murder, but in this interview, he states he was their hit-man.  His first hand knowledge of the Clinton machine and the extent of power the Clintons will wield to re-win the White House is critical to stopping them.  Nichols has insight into the inner-workings of the “Clinton Crime Family”.

In an interview with Info Wars, “Hillary’s the one,” Nichols tells Infowars, “that I promise you… pulls the strings. She pulled them in Arkansas, she pulled them in the White House when she was there as the First Lady, and my god if she gets to be president, what you see out here now is going to change. We thought it changed with Obama, but it’s nothing compared to what’s going to happen with Hillary.”

The U.N. initially claimed that Ashe had died of a heart attack, but according to local police officers in Dobbs Ferry, New York, his throat was crushed during a workout accident.

The rest of the story is on the page two.