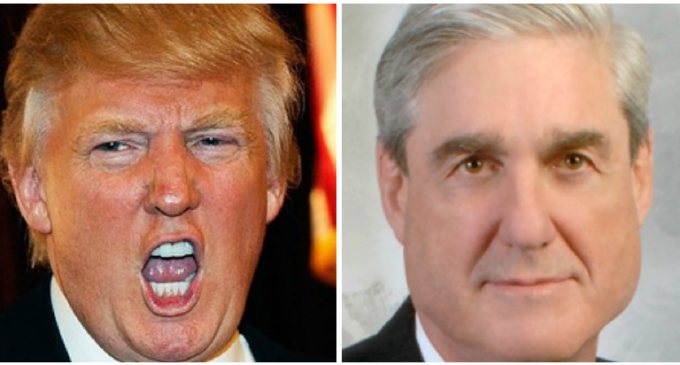 LawNewz Staff is the anonymous writer/editor who works at an online magazine called Law Newz who apparently REALLY detests Trump and his family, including extended family members like Jared Kushner (sorry, LNS…I think I just made him/her throw up in his/her mouth).

“Larry Nancy Smith” was what I was going to call this Law Newz anonymous writer until I decided that New Newz' Managing Editor Dan Abrams is actually Larry Nancy Smith.  At any rate, let's talk about how Abrams really has a particular distaste for Trump and his family, apparent through a single article that is not only dripping with seething disgust for them, but is also showing a particularly evident bias toward Special Counsel Robert Mueller who is currently leading the multiple investigations into Trump-Russia Collusion, Obstruction of Justice, Trump Finances, and Trump's Tweeting Habits (the last one being my attempt at showing how ridiculous this is all sounding).

To say that this Russia crap is not resonating with Americans, let alone with his actual supporters (which make up HALF OF AMERICAN VOTERS, by the way) is a major disservice to people who respect the word “resonate,” because the Russia stories that make up (just at CNN) 93% of its broadcast day, and for which the Leftist fake news machine is still finding it impossible to gain a foothold in interest, are literally eliciting a huge collective yawn in the public.

Read on the following page about Abrams who makes a bold prediction about Special Counsel Robert Mueller and President Donald Trump that will give make your day that much brighter.