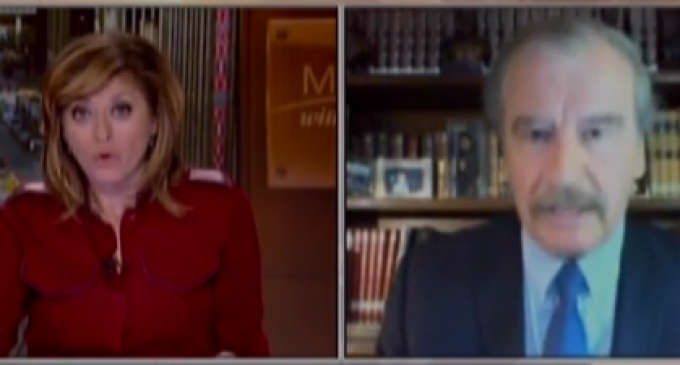 It is no wonder he responded to Trump's, “I will make Mexico pay for the wall”, with such vehement vulgarity.  His vision for his country Mexico is three nations under one flag and a wall certainly would put that fantasy to rest.

His exact words, “I’m not going to pay for that f*cking wall! He should pay for it. He’s got the money,” he told Fusion this past Thursday, in an interview.

Trump tweeted out, “FMR PRES of Mexico, Vicente Fox horribly used the F word when discussing the wall. He must apologize! If I did that there would be a uproar!”

View Fox' swearing off the wall on the next page.