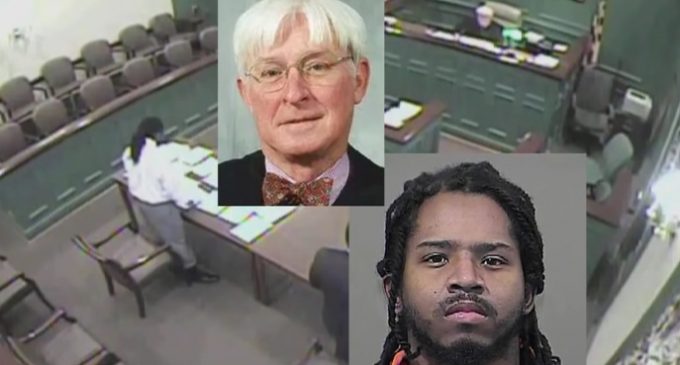 What has become of the American judicial system when a non-violent citizen is remotely shocked at 50,000 volts then left screaming in agony while the judge casually stands up and yells out, “take 5”?

Robert Nalley, a Maryland judge, is facing a 5 million dollar lawsuit for ordering a deputy to electrocute a man in Nalley's courtroom. We'll look at the supposed reason for Nalley's outrageous order in a moment, along with video of the disturbing courtroom footage of the event, but first, let's remember the context of the present American Justice System.

Take, for example, Judge Watson, the judiciary who presided over the ruling on President Trump’s travel ban. It appeared he had already made up his mind before the court was even in session. It seems impossible to produce a 43-page final opinion within hours of hearing the first oral argument presented in such a complex case.

The court's decision in the lawsuit against Nalley will speak volumes to the future trajectory of our judicial system. See the courtroom footage of the shocking event after the break, but make sure to adjust your speakers or headphones, first. It gets quite loud!