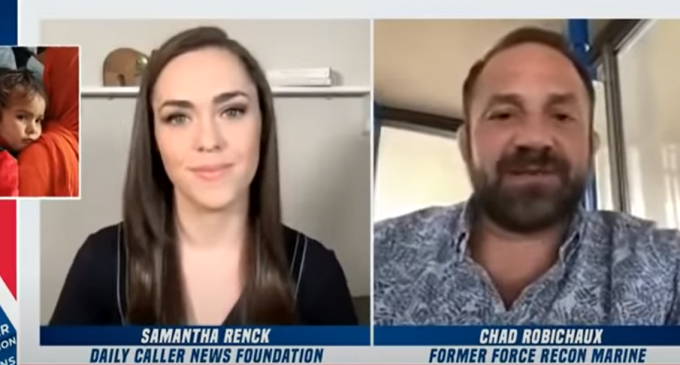 Former Force Recon Marine Chad Robichaux said in an interview with the Daily Caller News Foundation’s Samantha Renck how his organization helped nearly 5,300 others, including Americans, escape from Afghanistan.

The organization, Save Our Allies, is “a new veteran and military support coalition focused on delivering full and timely benefits to U.S. Veterans in need, and in ensuring Afghan and Iraqi personnel and their families who supported U.S. forces are properly protected from violence and persecution by evacuation to safe countries, including the United States.”

In the video on the next page, Robichaux details how he and his team of former Special Ops personnel posed as journalists in order to sneak into the country to carry out rescue operations. He also reveals how on more than one occasion they were forced to send people “back to the Taliban” by American commanders who ‘didn't like what they were doing.'

Go to page two for the interview: