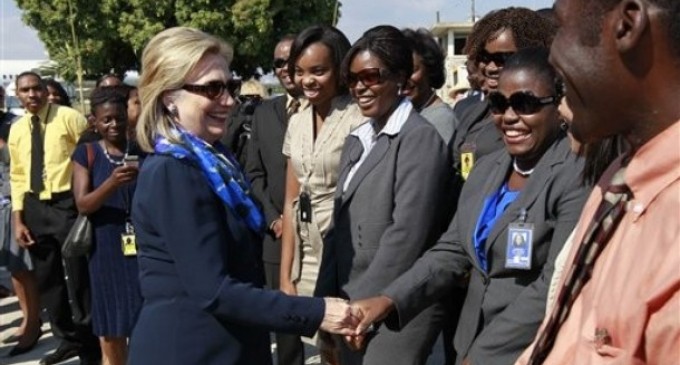 Despite her supposedly “stellar” record as Secretary of State, Hillary Clinton just keeps on racking up criticism from foreign leaders.

Contrary to what ardent Hillary supporters believe, their candidate of choice is not nearly as well-liked outside the US as they have convinced themselves that she is. Far from appreciating the “humanitarian” efforts of her and Bill's Clinton Foundation, political figures from nations meant to benefit from its initiatives claim that it has done nothing more than make them rich as the people it is supposed to help continue suffering.

The latest person to level this charge against the foundation was none other than former Haitian Senate President Bernard Sansaricq. Issuing a statement that has been shared on Donald Trump's campaign website, the former Haitian leader condemned the Clintons for exploiting the devastating earthquake that struck the island nation in 2010 to enrich themselves at the expense of the Haitian people.