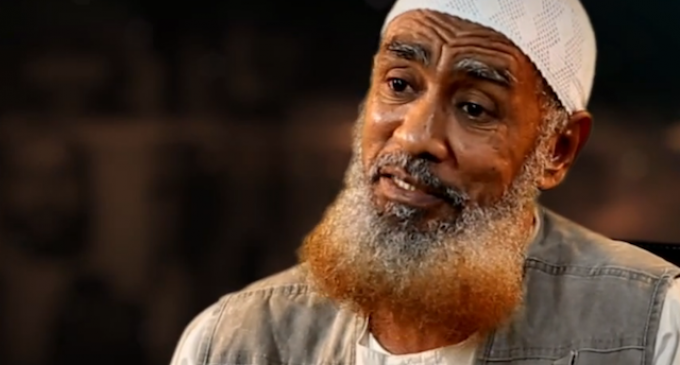 A former Guantanamo prison detainee named Ibrahim Al Qosi, who was transferred from Guantanamo to a “re-integration program” in Sudan and rejoined Al Qaeda in 2014, has released an hour-long video stating that the “war is not over yet” against the United States.

The hour-long video, titled “Guardians of Sharia,” is a send-up of the actions of Al Qaeda chief Anwar al-Awlaki, who was an American citizen and once the Imam at the Dar al-Hijrah mosque in Falls Church, Virginia. Awlaki played a critical role in helping to create Inspire Magazine, Al Qaeda's propaganda rag.

The video is not as inflammatory as other terrorist propaganda videos have been, but Al Qosi did state that “We placed America on the top of our list same as America placed us in the top of the list.” There's no love lost over here either, Ibrahim.

Find out more about the video and Al Qosi on page 2.