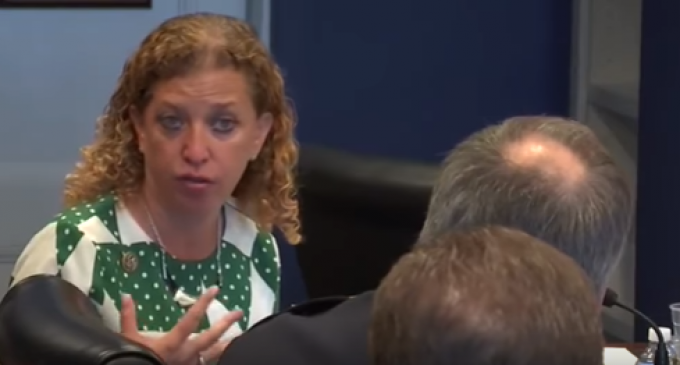 With all the subtlety of a mob boss, Congresswoman Debbie Wasserman Schultz threatened the chief of the U.S. Capitol Police over his decision to hold onto House members’ computer equipment as part of a criminal investigation of wrongdoing by House information technology (IT) staff.

At issue is an investigation into IT staffer Imran Awan and his brothers regarding the theft of House computer equipment and data breaches that may have involved classified information.

Wasserman Schultz, former head of the Democratic National Committee, is one of eight members of the subcommittee responsible for the police force’s budget.

Find out how she threatened Police Chief Matthew Verderosa and why she may be covering up a major scandal. The details can be learned on the next page.