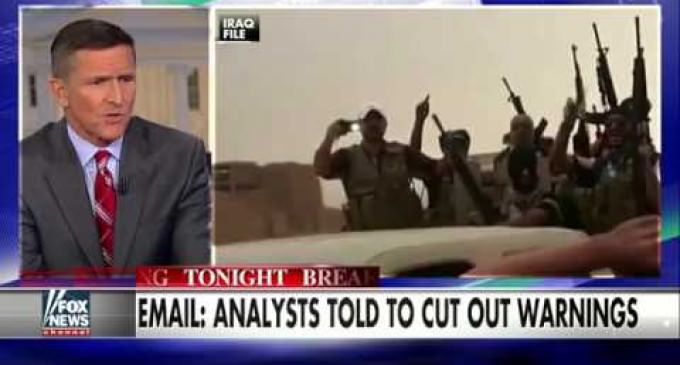 Yet another high-ranking member of Obama's Department of Defense has come forward with scathing criticism of the president.

Retired Lt. Gen. Michael Flynn, who served from 2012 to 2014 as chief of the Defense Intelligence Agency, slammed Obama's claim that he had no knowledge of the threat ISIS posed whatsoever prior to the group's rampage across Iraq and Syria last year in an interview on Fox News. Noting that there are 16 different agencies both within and without the military involved in gathering intelligence, Flynn explained that it was flatly impossible for President Obama to have not received any information regarding the jihadist organization and thus ruling out a conspiracy of silence on the part of intelligence officials.

Instead, Flynn pinpoints the administration's refusal to acknowledge the radical Muslim ideology driving ISIS and other terrorist groups, leading the president to dismiss ISIS as the “jayvee team” a couple months before the group took over large portions of the Middle East.

See Flynn's interview on the next page: