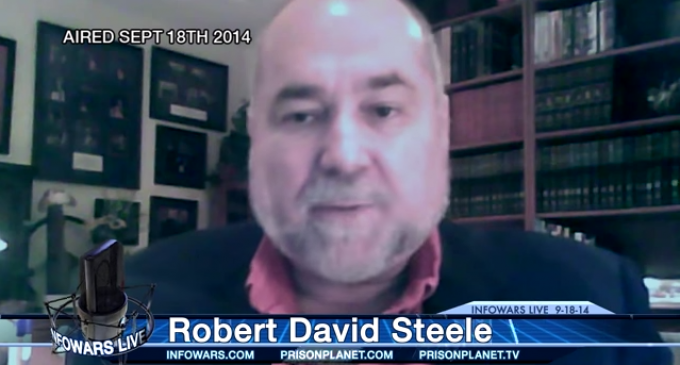 A false flag is an operation designed to seem like an attack, when actually it’s a contrived event created to allow the government, or whoever is creating the event, to achieve a specific, secretive aim.

For example, the Gulf of Tonkin incident has been declassified as a false flag in order to get the US into the Vietnam war.

Former CIA operative Robert David Steele tells us in the video below that the next false flag will be an Ebola simulated attack.

The objective? Of course, the economy is failing and our communist government needs to seize complete control. Martial law declared over an Ebola pandemic would certainly allow them to get their pieces in place.