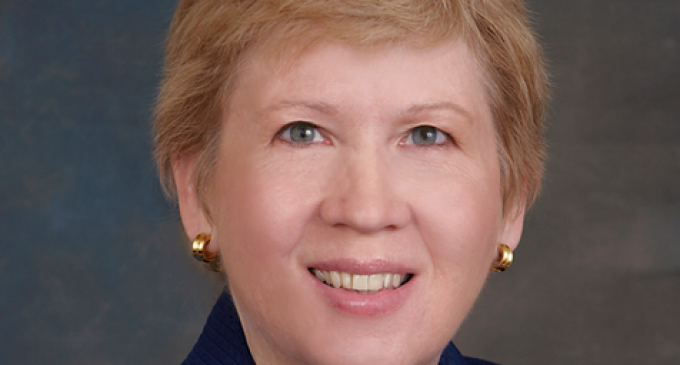 Clare Lopez, a highly trained government official who spent 20 years as a CIA operative, states that Obama’s plan for the Middle East is the same as what Osama bin Laden's was: removing U.S. troops and putting the jihadis in power.

“The administration’s plan, I believe, is to remove American power and influence, including military forces, from Islamic lands,” Lopez asserted.

When WND remarked that was just what Osama bin Laden had demanded, Lopez pointed out that is the aim of all jihadis, “Because that is what Islam demands, that foreign forces be kicked out of Islamic lands.”

Does Obama think if we leave the Mideast the jihadis will then leave us alone?

“I don’t know,” she said. “I can just see the pattern that is enabling the rise of Islam, empowering the Muslim Brotherhood domestically and abroad, alienating and distancing ourselves from our friends and allies and debilitating the American military.”

WND spoke with Lopez about the current crisis in Iraq, in which the Islamic terrorist army ISIS has blitzed across the country, capturing large chunks of territory while slaughtering Christians and other Muslims and threatening genocide. In a wide-ranging interview, the foreign policy expert also assessed the current state of the Mideast.Even if she doesn’t have inside information, the former operative said, “I can see what he is doing; it seems to be a clear agenda. It is clear that is what he is doing.”

She believes Obama’s hesitance in the face of the horrific violence in the current crisis comes from a basic mistake, not recognizing the true motivation of the jihadis is an ideology of relentless conquest.

But she isn’t advocating a return to the Iraq War. Lopez believes the U.S. should protect its interests and those minorities facing genocide, but otherwise, let the warring parties sort it out, for the time being.

Lopez believes regimes such as Iran, Qatar, Saudi Arabia and Turkey play all sides of the jihadi game and have “enabled a monster in ISIS” they can no longer control, and “they should be allowed to reap what they’ve sown.” Furthermore, she maintained, U.S. leadership has proven incapable of sorting out who’s who or who’s backing whom.

Besides, she observed, there isn’t much else left for the U.S. to protect in Iraq.

When WND asked her if Iraq is lost, she had a startling but succinct reaction: “Iraq doesn’t exist anymore. I liken it to Humpy-Dumpty. It’s fallen off the wall, and all the king’s horses and all the king’s men cannot put it back together again.”

Given that bleak assessment, the former CIA operative described what she believes the U.S. must now do to preserve its core interests in Iraq, Syria and the Persian Gulf region:

Former Secretary of State Hillary Clinton recently criticized Obama for not arming what she called moderate rebels in Syria when the civil war there began, which, she claimed, could have prevented the rise of ISIS.

“No, I don’t think it was possible to find a truly credible, capable, pro-Western force in Syria,” she said. “Yes, there were those who were not jihadi. Early in the conflict in Syria, in 2011, there were (acceptable) groups. There were military defectors from Assad’s regime who could have been classified as genuinely secular. Pro-Western? Not so sure. Genuinely pro-democracy? Not so sure.”WND asked Lopez if it really would have been possible to form a credible, non-Islamist, fighting force.

(Lopez also explained she doesn’t use the term Islamists, “because I can’t figure out a difference between Islam and Islamism. It’s either Islam or it’s not Islam. They are either Muslim or have declared themselves not to be Muslims, in which case, they’re apostates.”)

When WND asked whether the U.S. should have armed those groups, the former CIA operative said she was not sure that would have been effective, simply because their numbers were never going to be credible and significant enough in size and capability to overthrow Assad.

Did Obama really have bad intelligence on ISIS, as he had claimed?

Lopez said it was hard to know, but he was “certainly getting bad intel” in general.

“The CIA has proved it is completely incapable of operating in this environment,” she said. “But I’m not on the inside, and can’t be sure what they are telling him. What we do know is what we see.”

As an example, she described how U.S. special forces were sent to Jordan to train people who turned out to be jihadis, even though it was reported they “vetted everybody.”

“They vetted them and asked, ‘Did you ever belong to al-Qaida?’ and they said ‘Oh, no – not me!’ But did they ever ask them what their ideology was? They’re not allowed to. We’re not allowed to define our enemy so how can we even identify our enemy? So, we fall into things like this where we actually train future ISIS jihadis, according to the Jordanian security officials.”

Lopez lauded the reporting of WND’s Aaron Klein in exposing the U.S training of what would become ISIS troops, saying, “Aaron is super. I did a radio interview with him in Tel Aviv. He is a very good reporter, very careful.”

Regardless of the quality of our intelligence, somehow, she said, we still ended up training the bad guys.

“We gave them tactics, intelligence and arms,” she noted.

The analyst described a U.S. leadership that simply no longer recognizes the threat posed by the jihadist agenda, whether from ISIS or Iran, to U.S. regional interests, to friends and allies and, eventually, to the homeland itself.Although it is often said the devil is in the details, in this instance, Lopez said the problem is really the administration’s myopic view of the big picture.

“This sort of understanding demands a sharp reversal of existing policy that refuses even to acknowledge the Islamic ideology that animates this enemy’s threat doctrine. Only once that basic professional responsibility is met can an overall strategic policy that makes any sense be formulated and implemented.”

Lopez spoke of three keys to understanding the big picture and what is wrong with U.S. foreign policy.

She believes he wants to turn most of it over to Iran.

“I am convinced that this administration intends Iran to become the nuclear power hegemon of the entire Persian Gulf region – and that includes especially the oil-rich areas. This includes the east coast of Saudi Arabia as well as southern Iraq and Iran itself.”

Lopez said the key to understand the president’s behavior is in a book written by a fellow former-CIA operative, “The Devil We Know,” by Robert Baer.

“I now believe this book is the blueprint for the Obama administration’s Middle East plan,” she explained. 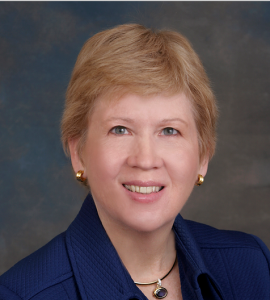