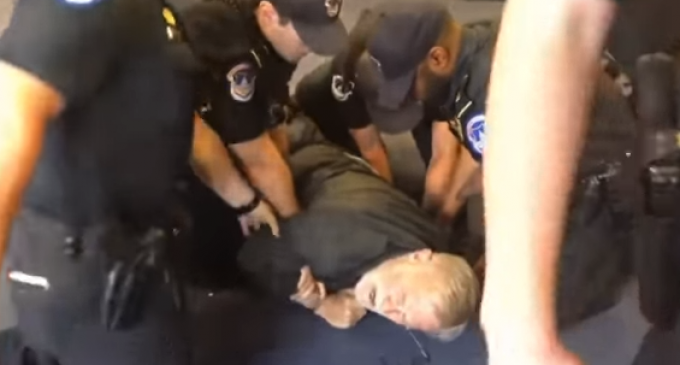 Former CIA analyst and anti-war activist Ray McGovern was forcibly removed from a US Senate confirmation hearing for Gina Haspel, President Trump’s nominee for CIA director, after he demanded that Haspel answer questions about her record on torture.

McGovern specifically demanding that Haspel answer questions about the waterboarding of terror suspects at a CIA “black site” in Thailand.

It began when Senator Jack Reed, a Democrat from Rhode Island, asked Haspel about the morality of “enhanced interrogation techniques.”

Move to the next page for the rest of the story plus video: