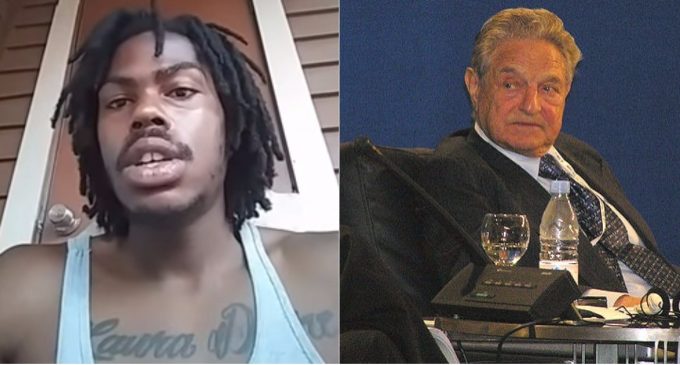 Soros and the Clinton Crime Family have a heavily invested interest in BLM groups. A former BLM activist is sounding the alarm. He has seen firsthand the other operatives infiltrating “civil rights” movements.

He filmed an explosive video detailing how the BLM has been compromised by Soros funded operatives.

Chaziel Sunez is about to be the target of militant leftists…

He starts out by sharing how he’s been moving away from the whole leftist protest scene and BLM.

“I haven’t really been hitting anybody in the head. I been doing a lot of growth.”

Sunez goes on to report a lot of suspicious things he’s been noticing going on in BLM and other black militant groups “since about 2015”.

This is a must watch. According to Sunez, a ‘bunch of people is about to get slaughtered’ and it’s not going to be pretty for anybody.

Head on over to the next page to watch this incredible ‘off the record’ video detailing where this country is headed, goaded on by planted domestic terror groups.