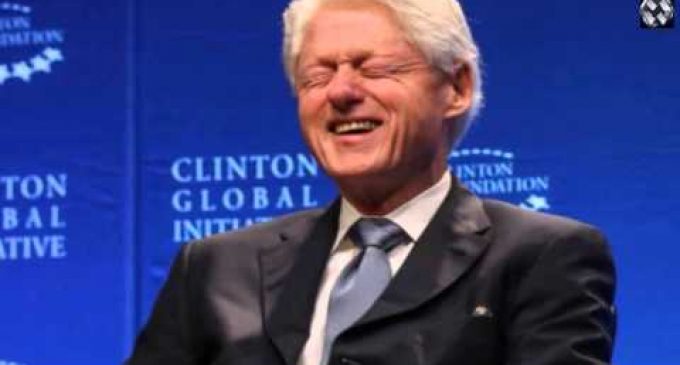 And here we thought all along that Democrats were the true champions of the “working class.”  My grandfather was a “FDR Democrat” who believed (erroneously) that FDR pulled America out of the depression. That's another story for another time. The topic here is that Bill Clinton wants to support the “working class” alright, just so long as they are immigrants.  This time from Syria.

We've found a video where Mr. Clinton extols the virtues of those from Syria, and encourages, on behalf of his Clinton Global Initiative, the importation of Syrians to Detroit in order to do the work of rebuilding the city.

Now I'm very sure that there are many Syrians who are great people and who would jump at such a chance.  The problem I have with this is what about American workers who are unemployed? Last time I checked, there are plenty of these in Detroit. If there aren't enough unemployed there to fill the construction and other jobs, I'm sure we can find other American citizens who are a whole lot closer to Detroit than Syria.

So, as we continually find with the Clintons, there's always some other motive at work other than the one they express. Can you guess what's going on this time?