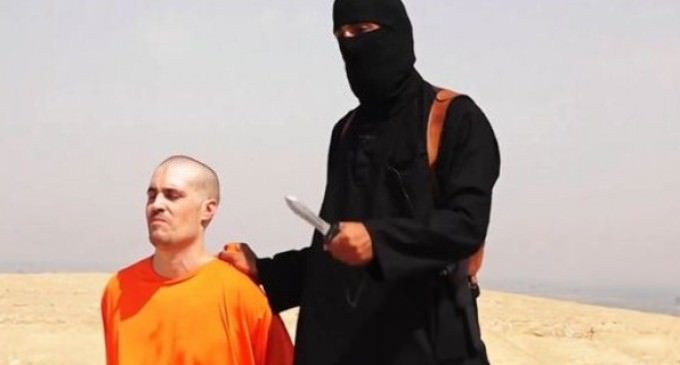 A study conducted by an international forensic science company, which has previously worked for police forces across Britain, has suggested that camera trickery and slick post-production techniques appear to have been used in the murder video of James Foley by a jihad terrorist.

“After enhancements, the knife can be seen to be drawn across the upper neck at least six times, with no blood evidence to the point the picture fades to black,” one forensic analyst told The Times.

“I think it has been staged. My feeling is that the execution may have happened after the camera was stopped,” stated another expert.

Sounds allegedly made by Foley do not appear consistent with what may be expected.

During Foley’s speech, there appears to be a blip which could indicate the journalist had to repeat a line.

One expert commissioned to examine the footage was reported as saying: “I think it has been staged. My feeling is that the execution may have happened after the camera was stopped.”

However the company, which requested anonymity, did not reach a definitive answer.

It concluded: “No one is disputing that at some point an execution occurred.”

Other factors that make this beheading suspicious:


1) Professionally produced video (most are on cell phones)
2) The lack of any wind or background noise (like it was on a sound stage)
3) The cheesy ‘Hollywood style’ bad guy
4) The educated terrorist with a distinct British accent
5) The video is in English with Arabic subtitles (normally is is the opposite)
6) The very calm demeanor of the “victim”
7) The very casual atmosphere of the executioner and victim
8) The fade to black once they started (this is the biggest oddity because they ALWAYS feature the most gruesome part – that is the point of it)
9) The most sadistic group in the Middle East makes a beheading video PG-13?
10) The scene of the body (stills are not as convincing as video)
11) The calm demeanor of the “next victim” who supposedly just watched a friend get decapitated
12) The bad guy had no blood on him (beheading is very messy)
13) When the bad guy started “sawing” – absolutely no blood is visible
14) The reaction of the parents is pretty much “ho hum, our son died” (reminds me of Sandy Hook parents) 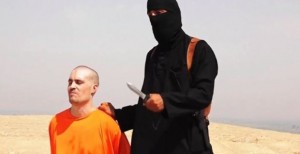