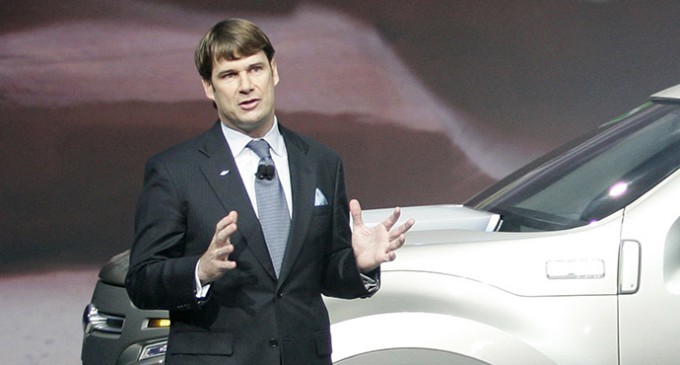 “We have GPS in your car, so we know what you're doing,” Ford’s global vice president, Jim Farley, stated on Sunday.

Farley has raced to reverse his original statement to save Ford’s image from the backlash, stating “No data is transmitted from the vehicle without the customer’s express consent.”

Gee, I wonder what the odds are that the NSA has access to this information?

On Thursday, Ford’s Jim Farley told Business Insider that he didn’t accurately portray the company’s operations with regards to recording and logging user data with new smart car technology when he told a crowd at the CES electronics show in Vegas over the weekend, “We know everyone who breaks the law, [and[ we know when you're doing it”

“We have GPS in your car, so we know what you're doing,” Farley said on Sunday.

Now as reports based off his remarks have attracted unwanted attention for the major motor company, Farley is racing into reverse in order to make certain Ford customers know that they aren’t being spied on by any sort of sinister, under-the-hood surveillance system.

“I absolutely left the wrong impression about how Ford operates. We do not track our customers in their cars without their approval or their consent,” Farley now tells Business Insider’s Jim Edwards. “The statement I made in my eyes was hypothetical and I want to clear this up.”

Ford spokesperson Wes Sherwood also explained to The Detroit News on Thursday that the car company is “absolutely committed to protecting our customers’ privacy” and insisted that “No data is transmitted from the vehicle without the customer’s express consent.” According to the paper, however, customers provide the company with that consent by agreeing to use those features, including on-board navigation systems.

However, a report released earlier this week by the Government Accountability Office found that the biggest auto manufacturers in the world lack efficient retention policies with regards to that data. Across the board, the GAO said, if companies retain data then “they did not allow consumers to request that their data be deleted, which is a recommended practice.”

Both the GAO and Sen. Al Franken (D-Minnesota) have since urged manufacturers to adopt new retention policies, and the lawmaker said he plans to introduce legislation that would mandate new policies before the end of 2014.

The blowback after the remarks made in Vegas has been so significant, though, that Farley himself has taken the helm with regards of clearing up his comments.

“We don’t monitor, aggregate data on how people drive. I’ve given people the wrong impression, I regret that,” he pleaded during an appearance on CNBC that aired Thursday.

As RT reported previously, as many as 96 percent of the cars mass-produced for retail in 2013 were manufactured to include event data recorders.

Farley said during the CES conference and in the days following his remarks that Ford does not supply any of that information to third-parties. In Vegas, though, he suggested that someday that intelligence could be crucial for helping solve traffic problems and other issues but monitoring up-to-the-minute automobile activity.

“The data that today can be routinely collected by cars includes some of the most sensitive data that can be collected about a person, including information about their precise location and driving habits,” Bob Darbelnet, the president and CEO of AAA, said in a statement earlier in the week.

According to Business Insider, a spokesperson for Ford added that, in general, the global positioning units installed in the company’s automobiles do not consistently send out information about the location of equipped cars. Though some of Ford’s features collect user data, the spokesperson said, that information is provided in an opt-in basis and is not shared with outside parties.