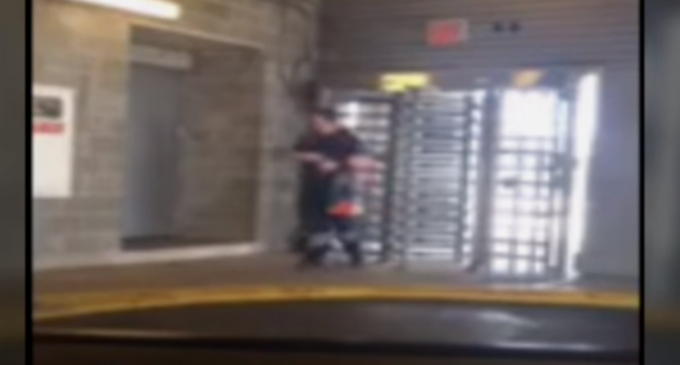 With commercial airliners being blown out of the sky in Europe, the Middle East, and North Africa, Americans are understandably reluctant to travel to these troubled hotspots.  ISIS, Al-Qaeda, and other Islamic terrorist organizations have developed extensive and complex terror networks across the Muslim world — and now Europe.

The most alarming aspect of these terror networks may be how thoroughly they have managed to infiltrate major airports.  Last October, MetroJet Flight 9268 was brought down over the Sinai Peninsula by a bomb disguised inside a soda can.  This bomb was smuggled through security and onto the airplane by airport personnel.

In February, Daallo Airlines Flight 3159 was crippled by a laptop bomb smuggled aboard but was able to return to the Mogadishu airport, the bomber the only fatality.  It is still unknown whether the bomb was purposely allowed through security or simply missed.

Now, a frightening report out of CBS New York shows that many workers at one of America's busiest airports are bypassing security altogether — without even having their identities verified.  To read more and watch CBS's report, continue on the next page: