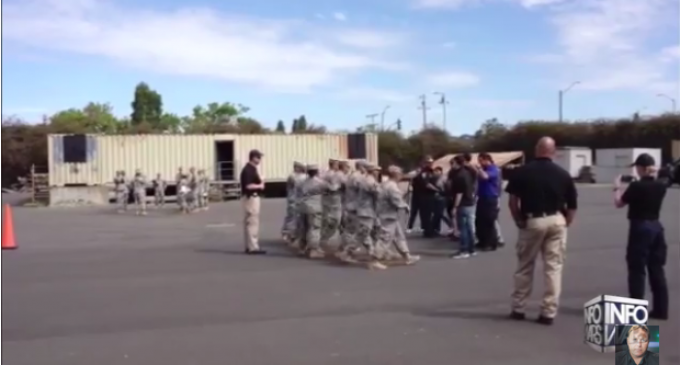 Footage has been obtained of the California National Guard training to take on an irate group of American citizen in a ‘dirty bomb' drill this week.

The exercise involved 200 participants, which included not only military, but local law enforcement and firefighting personnel as well.

American citizens were represented by role players in a crowd control situation.