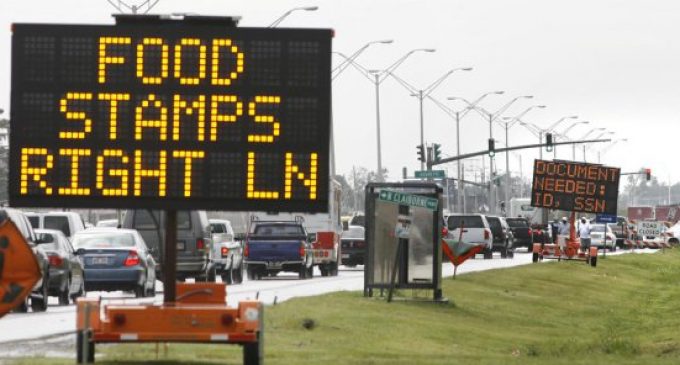 As most people, know the number of Americans receiving food stamps reached new heights during the eight years of the Obama administration.

In fact, a key Republican political talking point during that time was that Americans on food stamps were at an all-time high. Some touted the fact that more than 47 million people were receiving food stamps as a major part of President Barack Obama’s legacy.

However, the trend began to reverse after Obama’s re-election in 2012 due to Republican pressure and states beginning to enact food stamp reforms.

The advent of the Trump administration no doubt will prolong the downward trend as the pressure for reform grows at both the federal and state levels.

The Department of Agriculture, which tracks the Supplemental Nutrition Assistance Program (SNAP), has new data that reveals just how much the level of food stamp recipients has decreased in recent years.

Find out why it’s no longer a snap to qualify for SNAP, beginning on the next page. As job creation begins to kick in under the Trump administration, more people will find employment and won’t be eligible for food stamps. See how far the levels of participation have dropped already.