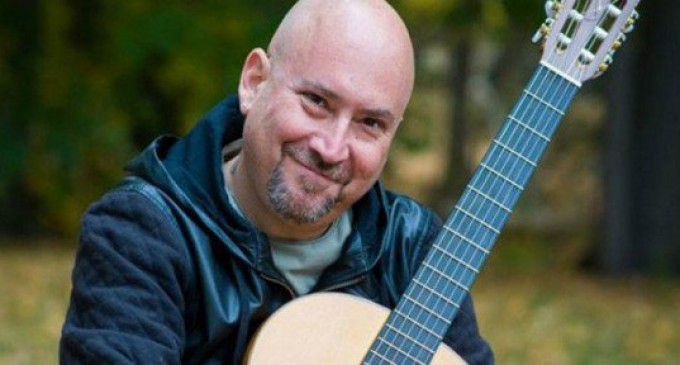 The flower power movement never died, it's just coming out of its latest acid-fueled stupor. A Portland, Oregon-based (really, where else would this come from?) folk singer has announced his plan to soften the hearts of ISIS with folk ballads and good old-fashioned love, maaan.

But doesn't this epitomize the entire attitude the Left has with regard to foreign policy? Peace, love, and just this old six-string, and we'll be brothers all over again. It's sweet to think there are still Americans who think that singing songs of brotherly love to people who kill babies on a daily basis will somehow touch the hearts of the killers. They'll lay down their arms, the migrants can go back home, and we'll just have a laugh about the whole thing.

But if a private citizen wants to try something new, who are we to stop him? What if it works? Wouldn't that be something to sing about.

Read more about this poor soul on page 2.