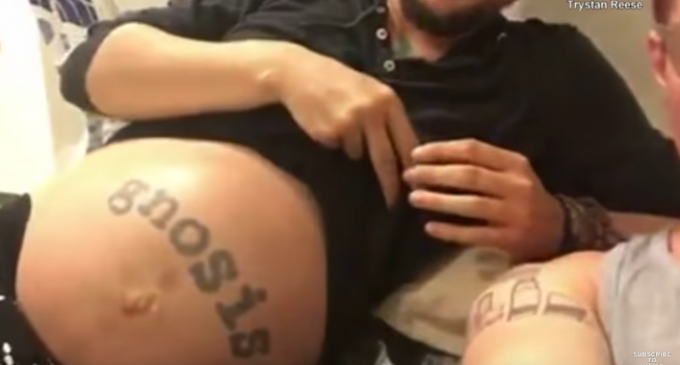 A woman gave birth to a baby. This is making news because that woman identifies as a gay man.

Trystan Reese, and his (her) husband, Biff Chaplow, are ecstatic over welcoming baby Leo into the world.

“I would say it's unique,” Reese said. “I understand that people are not used to two men having a biological child.”

Really, it is possible for two men to have a baby? Don’t recall learning that in biology class. But, okay. Let’s give to the root of transgender propaganda and dig a little deeper.

Back in 2015, former President Barack Obama issued a presidential proclamation endorsing transgender ability to parent and adopt. That has set the tone concerning transgender parents. Liberals gleefully gossip about transgender rights while marveling with a juvenile like awe over a so-called “man” having a baby.

CNN and every other tentacle of the FNIC (Fake News Industrial Complex) got it completely wrong. A biological female human gave birth to a baby. But, that headline doesn't appeal to the salacious fake news loving left.