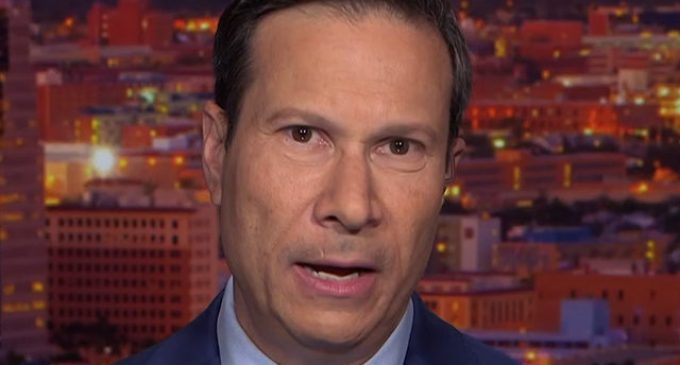 The fmr. FBI Assistant Director for Counterintelligence Frank Figliuzzi told Brian Williams on MSNBC’s The 11th Hour that President Donald Trump is sending a coded message to the “white supremacist movement” by choosing 8/8 as the date to re-raise the U.S. flags currently flying at half-mast due to the deadly shootings in Dayton, Ohio, and El Paso, Texas.

“We have to understand the adversary and the threat we’re dealing with. And if we don’t understand how they think, we’ll never understand how to encounter them,” Figliuzzi said. “So it’s little things and language and messaging that matters. The president said that we will fly our flags at half-mast until August 8th. That`s 8/8. Now, I’m not going to imply that he did this deliberately but I am using it as an example of the ignorance of the adversary that`s being demonstrated by the White House.”

“The numbers 88 are very significant in neo-Nazi and white supremacist movement. Why? Because the letter H is the eighth letter of the alphabet and to them, the numbers 88 together stand for “Heil Hitler.” So we’re going to be raising the flag back up at dusk on 8/8. No one is thinking about this. No one is giving him advice or he’s rejecting the advice. So, understand your adversary to counter the adversary,” Figliuzzi said.