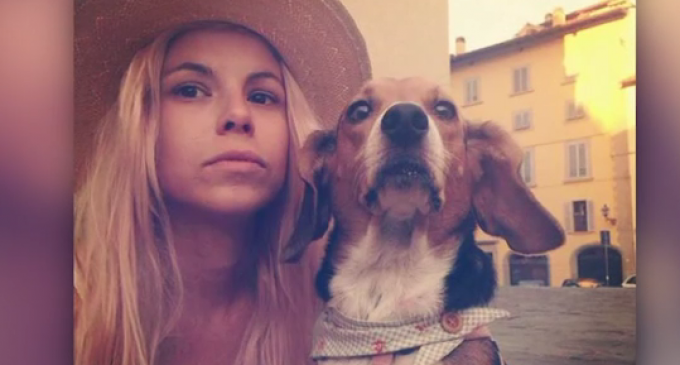 Ashley Olson, a American artist, who was living in Florence, Italy, as found dead in her apartment.  Police found her dead, nude body on Saturday, bruising and scratches with turned out to be strangulation marks from a cord or rope, according to the autopsy.

An arrest was made of an Senegalese migrant, based on DNA evidence from the scene and video surveillance from the night club where they were scene together.  Local authorities recognize that man as being involved in the local drug scene.

Olson was well known in the art community of Florence and well liked. She was described as gentle and enjoyed walking her beagle around the town.  She came to Italy to start her life over after a failed marriage while living in Florida. Her father, Walter Olsen, is  a teacher in the Renaissance art city.  Ashley had many friends and was quite happy in Florence.