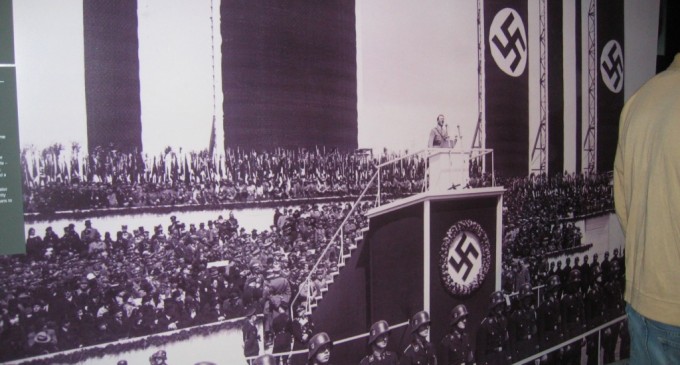 From assaults on gun rights to the  ‘spy on your neighbor for money' program one has to ask:

Is New York being transformed into a mirror of the Third Reich? Is NY shaping up to be a template for the rest of America?

Governor Cuomo is doing some crazy things in New York state. First the laws that are anti Second Amendment. Then he is introducing “Work for Your Neighbor”. Has Governor Cuomo gone over to transforming New York into the Third Reich? A lot of his policies match that of Nazi Germany.

The first plan that he implemented was a mirror of Nazi Germany’s spy on your neighbor policy. The SAFE Act had a provision to turn in your neighbor for up to $500.Governor Como ran it in the New York Times and other news papers across the state.

Recently a Florida University professor compared this to Adolf Hitler in communities encouraged to spy on one another. Prof. Robert Gellately of Florida State University is considered an expert on the Third Reich and the rise of Adolph Hitler. He has even written a book, Backing Hitler: Consent and Coercion in Nazi Germany, 1933-1944, in which he tracks the rise of power of Hitler. He had some interesting things to say in his interview with Bullets First.

One of the most frightening ways that the Nazi’s were allowed to do this can be seen in the way gun controllers operate today.  Gellately paints a picture in which it is easy to see the similarities:

“They began with small violations of the rights of Jews and other minorities, and then ratcheted up their racism and persecution only when they saw implied consent from the German people.”

So too are these so-called “common sense” gun laws and small infringements just a stepping stone.  If we allow them to take root, the gun controllers will view that as implied consent and will continue to push for more and farther reaching infringements, not only on the 2nd Amendment but on the others as well, such as the ongoing attack on the Fourth Amendment which is also affected by New York’s new, “rat your neighbor out” policy.~Bullets First

Looking at the comparability to Hitler, you also have to add in the new “Labor for your neighbor” program instituted by Cuomo. While he started it to help recover, it reads as a spread the wealth manifesto.  In place and hidden since 2011, it gives grants to certain companies to give food during the holidays, but also gives under the table donations as well as penalties for those that don’t support it. It also has a type of forced labor to “help out” others by the farmers of New York.

Gellately continues in his assessment of the situation:

There were relatively few secret police, and most were just processing the information coming in. I had found a shocking fact. It wasn’t the secret police who were doing this wide-scale surveillance and hiding on every street corner. It was the ordinary German people who were informing on their neighbors.“

And despite the myth that the informers were driven either by a love of the Third Reich or fear from authority, Gellately finds a more base motivation behind the actions of those who named names:

But the motives found were banal—greed, jealousy, and petty differences.~Bullets First

Adolf Hitler Wanted you to spy on your neighbors for money

What of people saying they didn’t realize what would happen to those they turned in, that they didn’t think the government would act the way they did?  Gellately states:

“If somebody tells you that they lived in Germany during the Holocaust and didn’t know about concentration camps, they are self-delusional, at best.”~Bullets First

Is Cuomo mirroring Adolf Hitler? There is a very real possibility when you look at the programs and compare it. The trouble is, the plan he is following leads to Fascism and or Socialism. Are we seeing the rise of Fascism in the United States as we speak?