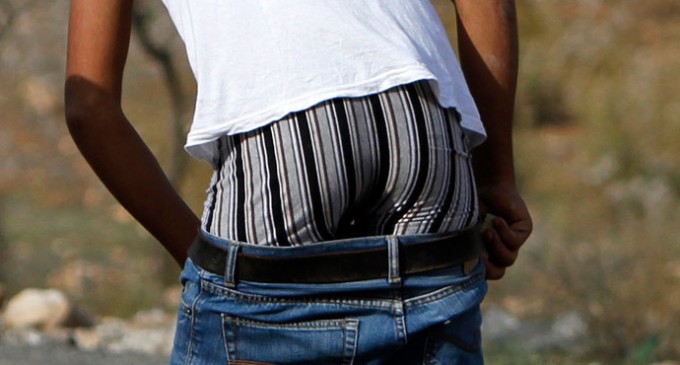 Tired of seeing teens walk around with their pants so low it shows all their underwear? (how do they do that anyway?)

Ocala, FL certainly is. So much so that they have passed an ordinance stating that anyone who wears their pants 2 inches below their ‘natural waist line' will get a warning or two (complete with pictures), and if they continually violate the law could receive a $500 fine and 6 months in jail.

Plummers beware! This law applies to anyone showing too much of their…backside.

Officials in Ocala, Fla. agree with Platt’s sentiment so much that city council unanimously passed an ordinance that prohibits anyone on city property from wearing pants two inches or more below a person’s natural waist.

“I just think it's disgraceful to show your underwear,” Councilwoman Mary Rich said to WFTV. “We try to be a nice, clean city. I think it'll help clean it up some.”

Rich previously tried to pass the rule in 2009, but no one seconded the motion. At the time, Mayor Kent Guinn objected to the ordinance, in part because he thought it would lead to profiling.

Rich said the ordinance applies to both genders and all races.

“It doesn’t matter what color they are,” Rich said, according to the Washington Post blog GovBeat. “They all wear their pants down.”

Guinn, who oversees the Ocala Police Department as part of his mayoral duties, asked Rich at the council meeting how officers were supposed to measure the distance between a suspect’s natural waist and the waistband of the pants. He said it is not like seat belts, which are either being worn or not, the Ocala Star-Banner reported.

“We are not looking to charge people,” City Attorney Patrick Gilligan said. “If they don't comply, I think the chief will tell police officers to take your phone out and take a picture.”

When asked about a service worker, say a plumber, whose buttcrack might show, “He will get a warning like everybody else,” Gilligan said, according to the Star-Banner.

Police are expected to issue warnings to saggy-pantsed offenders at first. After that, those caught with their pants down face a $500 fine or jail time, WFTV reported.

MTV’s Rob Markman condemned the ordinance. “Still, it isn’t the rap stars getting into hot water that’s the most troublesome, it’s the thought that a local government can dictate how young people dress,” the MTV News hip-hop beat writer penned. “First it’s saggy jeans, next it’s the way you tie your shoe laces (sic) or the way you wear your hat.”

Teacher Howard Gunn said he was concerned about enforcement. “Most of these kids you are dealing with are ones that have probably been in jail or are going to jail,” Gunn told the Ocala council. “A lot of times they are going through things. And we slap this on them, they are going to go further.”

“The kids are going to say something to you because they don't know the law,” Gunn said about the police. “And then, there you go. Escalation. Now you have an assault on a police officer.”

Over the years, lawmakers around the country have proposed and passed laws to try to crack down on the sagging pants trend. In Fort Worth, Texas, you can’t sag and ride the city bus. In Opaocka, Fla., refusing to tighten your trousers will cost you $250. In Colinsville, Illinois, wearing saggy pants on any public property is banned. And in New York, State Senator Eric Adams used his own money to put up billboards that read, “Stop the Sag.” 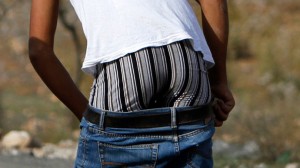