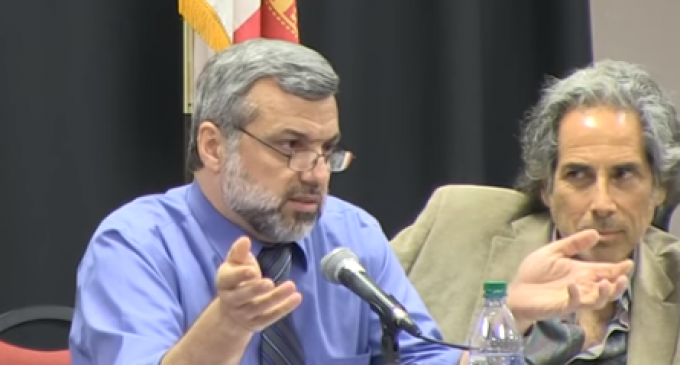 In America, this practice is cruel and unusual, but it is one strictly adhered to law in the Muslim community. The punishments for violating Sharia laws include: cutting off various limbs, stoning, rape, slavery and death. With these barbaric practices in place, it's no wonder there is Islamaphobia running rampant all over the world. The responses from the crowd during his short speech on the benefits of such extreme punishments can be found on the next page.