Eating bacon is an enjoyable experience for most folks. But, that joy is now being tainted with “hate crime” undertones as more and more Muslims report being the targets of pork-related harassment. The swift response of our corrupt courts, of course, is to slap these ‘bacon offenders’ with steep harsh penalties for acting in a despicable manner towards the Muslim community.

A Titusville man who broke into a Titusville mosque and left a slab of raw bacon now faces 15 years in prison after pleading guilty to charges, the state attorney’s office said.

Wolfe pled guilty to criminal mischief to a place of worship with a hate crime enhancement Tuesday.

The typical sentence for breaking and entering is roughly a year or less accompanied by the usual fines and probation.

And Wolfe isn’t even a lone wolf when it comes to “assaulting” the Muslim community with bacon.

The vandalism came as a growing number of similar mosque vandalisms were taking place across the nation. Muslim advocacy groups had grown increasingly concerned about a wave of what they describe as ‘anti-Islamic- sentiment when the Titusville attack took place.

Imam Muhammad Musri, who oversees a network of mosques in Central Florida. lauded the state attorney’s office’s effort to send a message to those who would target Muslims or houses of worship.

“The intent is to really deter similar kinds of hate crime. After what we’ve seen in Texas at the church, this is needed,” Musri said, pointing out that authorities stopped a plot this week targeting a Jacksonville mosque. “Our schools, our churches, our theaters, it’s a red line. It’s heartbreaking. The hate must stop,” he said. 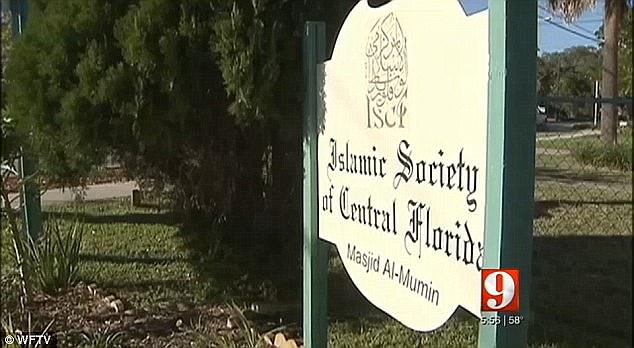 While no one should go around taunting people for cheap kicks-and-giggles regardless of race, gender, or religion, 15 years seems a tad severe for the crime committed.

Michele Wolf, 37, will be spending the next 15 years of his life behind bars for placing a slab of bacon inside of a Mosque.

Here is the surveillance video!

I myself am actually a vegan. I don’t like bacon. But, I can’t fathom being outraged on such a level over other people eating it, or even if “taunted” by a bacon eater. It’s ridiculous

Can you imagine if a vegan went to court claiming it was a hate crime for someone to flamboyantly eat bacon in front of them?

What if they waved a stick of bacon in front of me claiming they “hate vegans”?

Or broke into my house and left a pack of bacon?

Obviously, charge them with breaking and entering [again typically punishable by a year or less in jail accompanied by the usual fines and probation] but that’s about it… Maybe a gunshot wound as well if I’m home at the time. But that’s about the extent.

Here is a video full of hate crimes. Could you imagine if the word vegan was replaced with Muslim? WAKE-UP!